A Great Time to Arrive Alive 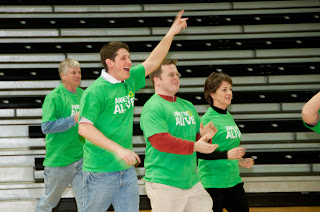 Yesterday was a great day to Arrive Alive in Missouri. Several hundred of us gathered together on the court at the Mizzou Arena in Columbia to celebrate the 436 lives saved last year on Missouri roads, due to the partnering efforts of the Missouri Coalition for Roadway Safety. With the economy and all the negative things that happen, it’s not often we get to hear or celebrate positive news – so it’s refreshing to concentrate on the fact that we are making positive changes in our state.

In fact, due to changes we’ve made and a lot of people working together, we’ve reduced roadway fatalities from 1,257 in 2005 to 821 in 2010. That means 1,538 people made it home to their families who otherwise might not have, and this is an overall decrease of 35 percent. The coalition, of which MoDOT is a partner, set a goal of 850 deaths or fewer by the end of 2012, and we actually met that goal two years early!

The coalition credits a combination of law enforcement, educational efforts, emergency medical services, engineering enhancements and public policy as the successful formula for saving lives. In 2007, Missouri recorded fewer than 1,000 fatalities for the first time in more than 15 years. This allowed the coalition to meet an ambitious goal one year early. In October 2008, the coalition announced a new goal for traffic fatality reductions at 850 or less by 2012. The last time Missouri reached less than 850 fatalities was 1949.

Besides law enforcement and education, other measures aimed at decreasing fatalities and serious injuries for this year include focusing on topics like run-off road crashes, distracted driving, impaired driving, and new engineering solutions for decreasing traffic crashes.

For more information, visit www.saveMOlives.com. Buckle Up to Arrive Alive. 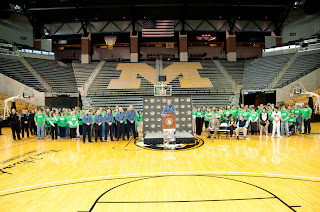 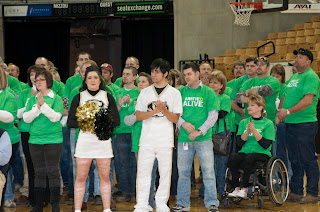 Posted by Melissa Black at 11:29 AM No comments: Links to this post