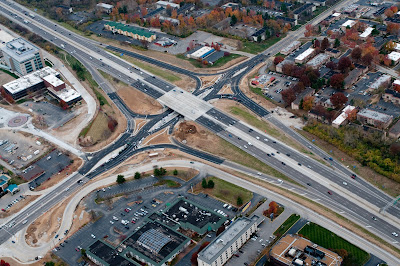 Springfield, Mo., is one of the safest cities in the nation for drivers.

The Allstate Insurance Company released their 7th annual Allstate America's Best Drivers Report. It ranks the nation's 200 largest cities in terms of car collision frequency to identify which cities have the safest drivers.

This week, Springfield opened the first six-lane highway in southern Missouri on Route 65. The project added a lane in each direction in the median, with a 7-foot-wide median shoulder and a concrete barrier separating the northbound and southbound sides. These improvements will keep traffic moving and motorists even safer.

Based on your travels in the state, which city would you say had the best or worst drivers?


Posted by Laura Holloway at 8:30 AM No comments: Links to this post