Every class has its own crash story.  Whether it’s someone killed during high school or after, they will always be remembered as your classmate.  Not to specifically date myself here, but when I was in high school in the 80’s it seemed inevitable.  Every year you would know someone that died in an automobile crash.  It was accepted as something that just happened and took the lives of young and old every day.  It still robs lives, but we now know that, in most cases, it can be prevented. 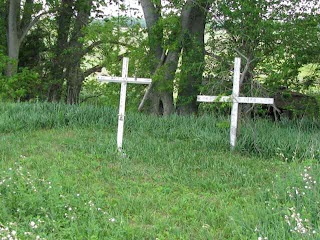 I will never forget the date.  Although it’s been over 26 years now, I still recall the events of April 26, 1986.  My best friend and I were playing in an AAU basketball tournament in Farmington, Mo.  We arrived back in town late that evening only to be pulled over by other friends (no cell phones then), and advised that three of our classmates were in a traffic crash, with two of them dying and the third in critical condition.  As a small rural town the community gathered at a local church.  As teenagers we were asking “why”, as we mourned the critical condition and deaths of three outstanding student athletes, and children of our school and community leaders.  The impact of this accident is still felt by many to this date.  It’s something that we will never forget.

Why do we wait until tragedy strikes to enforce the mandatory graduated driver license seat belt law on our own teenagers?  We ground them for not doing chores, coming home late, and terrorizing their younger siblings, but what are we doing to make sure their lives are safe on the road?  Why do teens wait until tragedy strikes to adhere to and reinforce this law to their peers?

Traffic crashes remain a leading cause of teen death. As a mom, that terrifies me. As a classmate, that frustrates me. As a safety advocate, that motivates me. Talk to teens - and anyone else you know who isn't a regular seat belt user. Buckling up costs nothing, but can save those who are most precious in the world.

Seven out of 10 Missourian’s killed in a 2011 traffic crash were unbuckled.  Buckle Up.  ARRIVE ALIVE!