Between graduations, family reunions and “I gotta get out of town!” trips, I’ve been putting a lot of miles on the family truckster as of late.

Driving interstates, county roads, city streets and gravel paths, I’ve been advised, guided and warned by signs. Lots of signs. Signs of every color and size, it seems. I got curious, so I checked it out and found out there’s a special language to traffic signs – and you are probably fluent without even thinking about it.

Traffic signs are consistent throughout the U.S. because of a document called the Manual on Uniform Traffic Control Devices. It’s a required reference for traffic engineers, but not something you’d want to take for a read on the beach. The guide is managed by the Federal Highway Administration and the rules within are followed by all public and private roads open to public traffic. 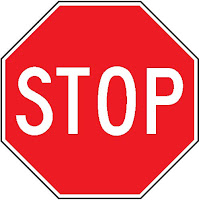 So when I head to visit my bestie in Kentucky, I am assured that the stop signs there will be octagonal with white letters on a red background, just like they are here.

Color is one part of traffic sign language. Here is a list of the official colors and the meaning behind each:

Red – Stop, yield and forbidden actions such as No Parking.

Yellow-Green – This is a newer color used on all new school-related signs, such as school zone and school crosswalk signs. It can be used for bicycle and pedestrian warning signs, too.

Green – Informational signs that give directions, distances and place information.

Blue – Services. These signs announce the presence of rest areas, food, hospitals, lodging and the like.

Purple – This color is used on signs intended to help guide drivers who have registered electronic toll collection accounts, such as EZPass. You’ll see these in states with toll roads.

Pink – Incident. This is a newer color in a day-glo hue. It indicates a crash or other emergency condition exists. You’ll likely see this on temporary, fabric signs deployed by emergency services like police or fire crews.

﻿﻿﻿﻿﻿﻿﻿﻿﻿﻿﻿﻿ ﻿﻿﻿﻿﻿﻿﻿﻿﻿﻿﻿﻿
Other parts of the MUTCD dictate sign shapes, the type font and case of letters used on signs and other traffic markings. It’s a valuable reference - kind of a grammar handbook and dictionary rolled into one…but I think I’ll grab a nice thriller for my weekend at the lake.

Posted by DeAnne Rickabaugh at 2:13 PM